This OAI-PMH static repository was the capstone project in my Metadata in Theory and Practice class at GSLIS, bringing together both the general XML and RDF skills we learned and the mastery of the specific metadata schemas we acquired in the course of the semester.

We were free to choose any set of digital objects to describe and include in the repository, and in our case we chose XKCD comics, both out of an affinity for the content and a desire to use a relatively uniform set of images hosted elsewhere on the web. All repositories were required to use OAI:DC as their first metadata source, and we chose MODS for our second, as it was well-adapted to describing web-based digital objects.

We used FITS to extract basic file information from the images, and then manually created the remainder of the records for each item. We then combined them into the OAI-PMH file, and connected it to the class OAI-PMH Gateway server. This allowed us to browse both our own records and those of our classmates, and to do a comparative analysis of the entire metadata set for the final stage of the project.

I had a basic familiarity with XML, RDF, metadata schemas, and structured data in general going into this class and project, but the extensive practice and study involved broadened my knowledge, sharpened my skills, and gave me a much more solid grounding in these areas. 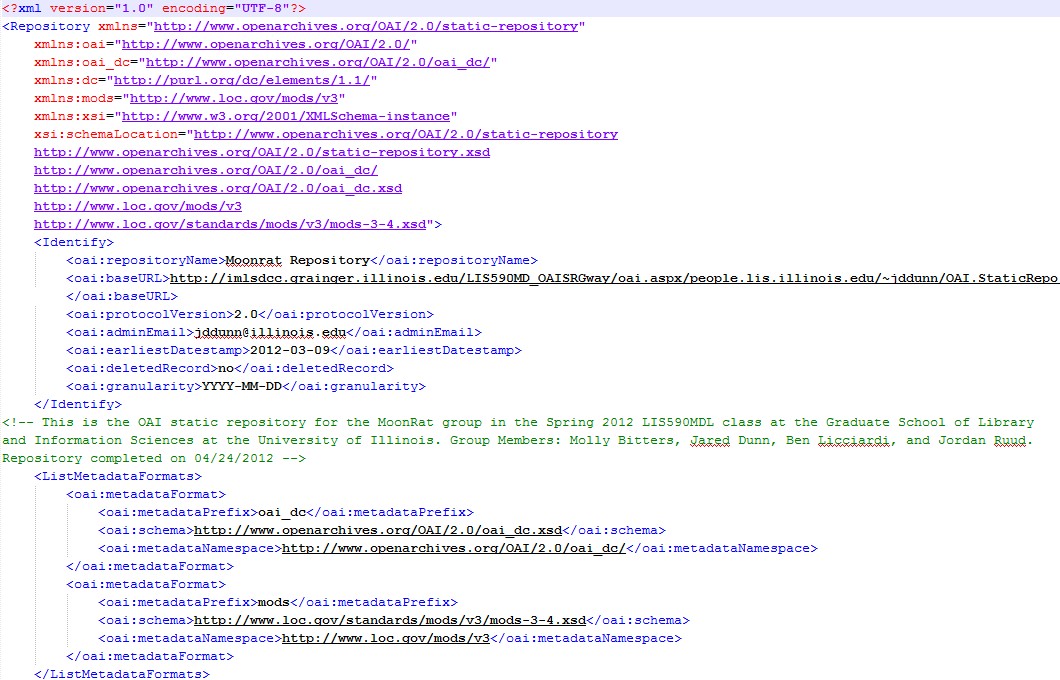 Sample of the code for the OAI-PMH repository created for this project.