Local Progress was an attempt to create a civic tech nonprofit. The primary component was a Drupal-based online community site, which was to be meeting ground where grassroots civic and community groups who wanted to get on the web could be matched up with people with the requisite web and tech skills to make that happen. It was also intended to grow over time into a basic informational resource and user-created knowledge base for groups trying to get onto the web and use it effectively to grow and organize.

The idea was to take the concepts that the Obama campaign proved nationally in terms of online organization, messaging, and fundraising, and put those tools and techniques into the hands of thousands of grassroots groups and individuals at a very local level. I felt well-positioned to take this on, as I had connections in the early blogging and web 2.0 worlds, and saw a hunger there for civic engagement that wasn’t being fulfilled, and I also had experience working with local political and community organizations and saw their great need for low-cost assistance and toolkits in these areas. In creating this project, I wanted to act as a bridge between those two groups and provide a platform to get them talking and collaborating more consistently.

Unfortunately, the economy imploded right as I was about to launch this, and that deprived me of funding sources, and more importantly, of partners. I was also naive in retrospect about what kinds of resources it really takes to launch a nonprofit, even on the web. I needed partners and funding from the beginning to really build and sustain anything, and this experience taught me that my future work needed to be embedded in an existing and stable institutional or community framework.

I ultimately decided to shelve this project in favor of starting a nonprofit consultancy in rural downstate Illinois, with the object of helping underserved communities and organizations use information technology and social media more effectively. In the course of that work, I was eventually able to work on a similar project on a regional scale, GoodWorksConnect. 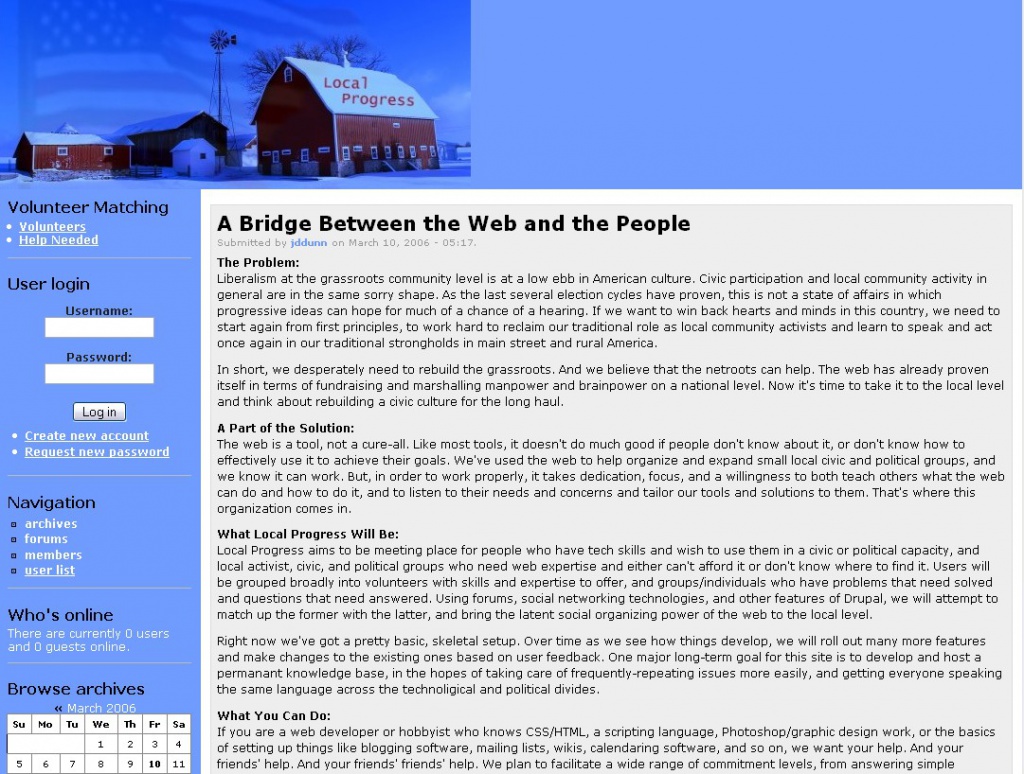