I built MHS97.org as an experiment to learn how to use Drupal, and also as a tool to facilitate the planning process for my 10-year class reunion. It was a fully-fledged social networking site, with user profiles, photo galleries, p2p messaging, forums, chat, and many other features, created by hacking together various Drupal modules. It also included a shared spreadsheet for collecting and organizing contact information in the early stages of reunion planning, and RSVP and online payment functionality for running the event itself. It worked well for its purpose at the time, and it was the gateway to much more work with Drupal and other similar CMSes, but it has largely been made obsolete by Facebook now. 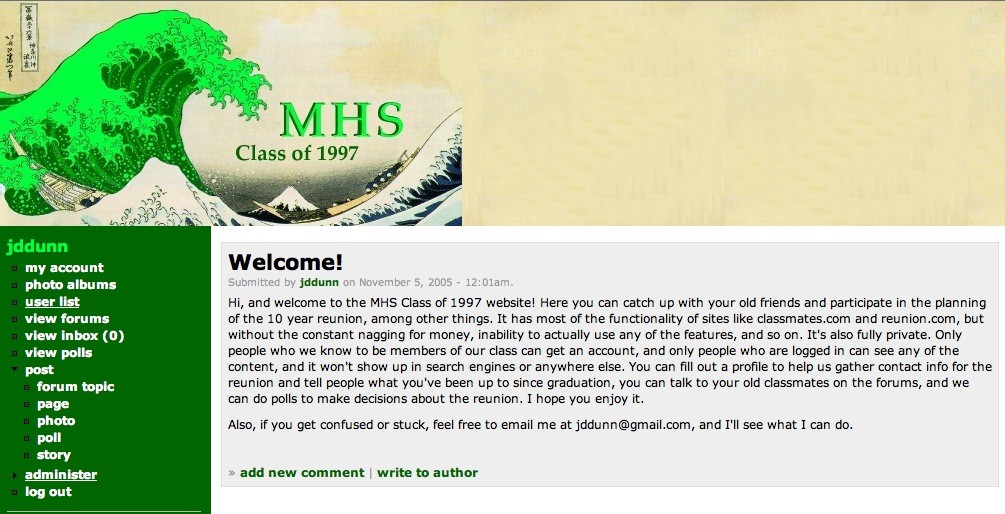