As my interest in doing civic and political work on the web grew, I began to put out feelers for pro bono projects to gain some experience. In the months leading up to the 2004 Election, I was approached by friends from my hometown about building a web presence for the county Democrats. It was centered around a blog, but also had a mailing list manager, an events calendar, and other tools for online organizing. After the election I also did a quick, basic informational page for an associated student organization, the EIU College Democrats.

These groups had a decent amount of initial success with it in terms of building a mailing list and the beginnings of a community around the site, but the people who had initiated and pushed for the website moved on and the new leadership didn’t pick up the ball, so both sites are defunct and were later replaced by newer iterations.

Finally, in 2006 I did a local campaign site for a friend of mine back home who was running in his first election, for Coles County Clerk. The layout and graphics aren’t mine. I did mostly backend on this, along with some CSS and browser testing. 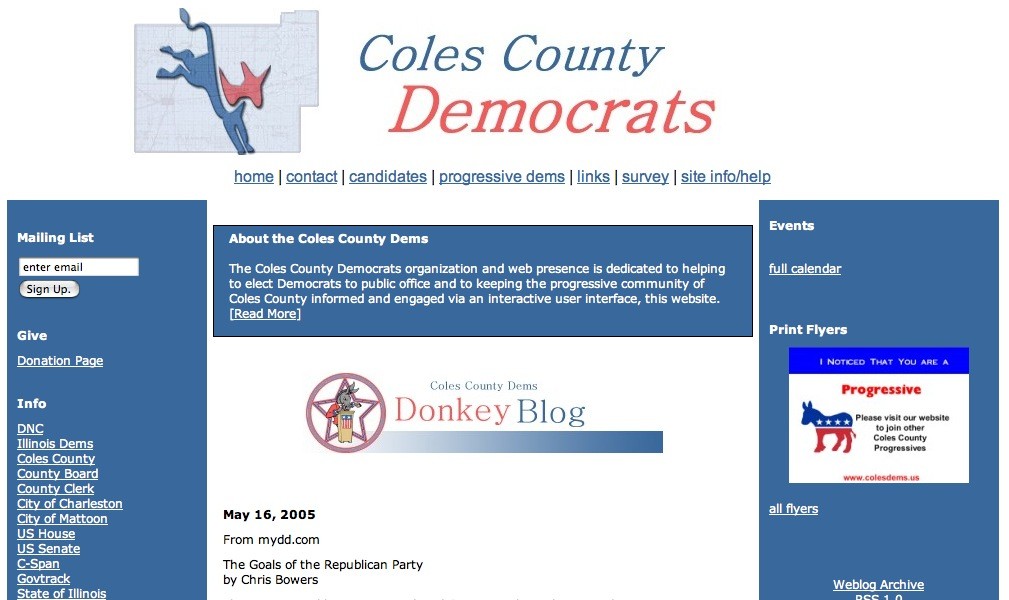 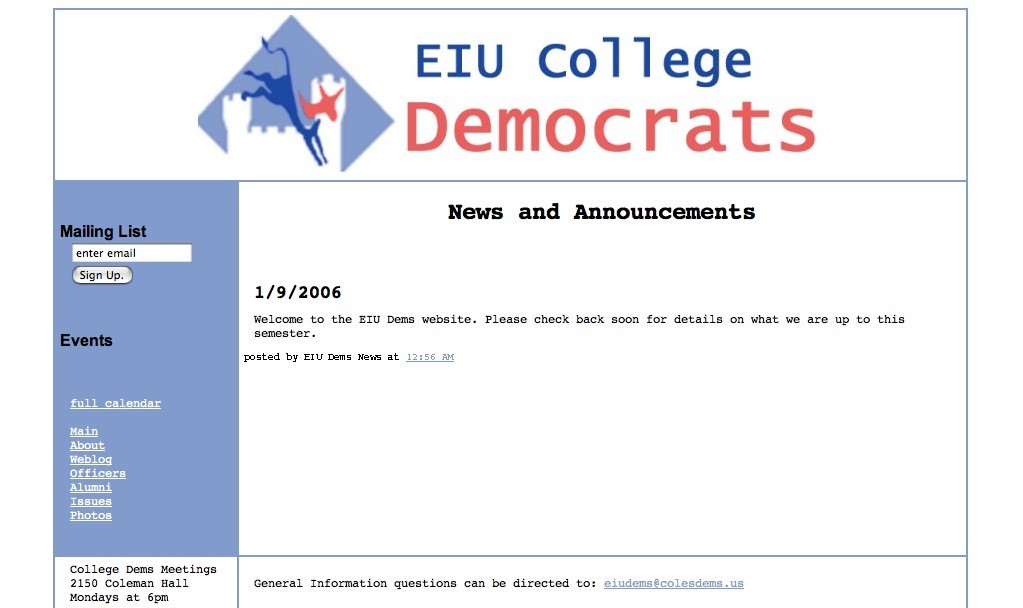 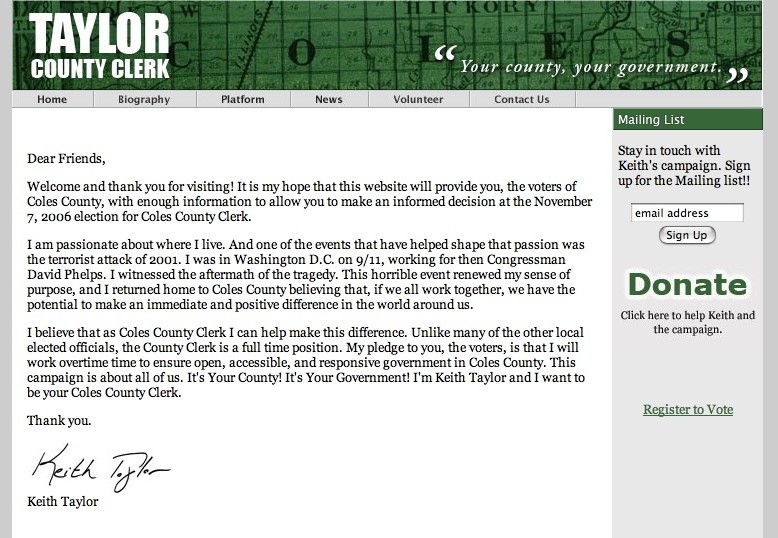